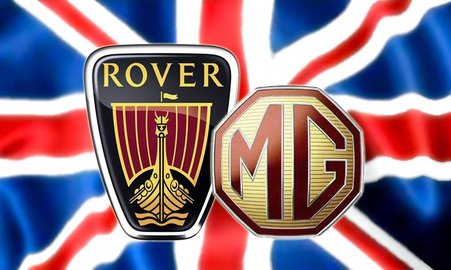 My love affair with the Rover 75 started when I bought my first Mk 1 75 Connoisseur CDT in British Racing Green about 8 years ago. Every time I sat in it I knew it was the marque for me, retro style walnut dash, very comfortable leather seats, a few bells and whistles, economical for such a large car, and the urge to look back at it every time I parked it.

After a few years ownership I decided to sell it and of course bought another, this time a Mk2 facelift CDTi in Pearl Black on 22 September 2007, which I have now had for 14 years. It was purchased from Souls of Olney near Milton Keynes who are ex MG Rover dealers and was a car they had supplied from new and taken back again in part exchange a couple of years after registration, it had 39k on the clock when i bought it..

I have since also bought a Solar Red ZT 190 on 15 October 2011 which my wife mainly drives, although I do take it out when I get the chance as I love to hear the throaty roar of the engine, and with the 2 cars I feel I have the best of both worlds.

I probably spend far too much time on Rover forums but find them addictive and have made some good friends, plus I like a challenge like sourcing replacement motor gears for bullet power fold door mirrors, but as with other owners I also have to squeeze in some paid work to settle the bills now and again !

My current cars are :

The modifications I have done since purchase are many and will be a good test of my memory so here goes:

The 75 is my daily runner to and from work 3 days a week which is a 50 mile round trip, it never misses a beat and gets quite a few looks and comments.
Rob ( Trebor )